In our third lesson on the Eclipse IDE we look at integrating Tomcat into the Eclipse IDE. This lesson assumes you have downloaded Tomcat 6 as explained in the Tomcat 6 For Eclipse lesson (or Tomcat 7 or Tomcat 8 where appropriate) as the integration works exactly the same. So anywhere you see Tomcat 6 in this lesson just change it for the version you are integrating.

The first thing we need to do is change a couple of filenames that come with the distribution and were deployed into the directory you built Tomcat in which for me was C:\tomcat6\trunk. The files are named eclipse.classpath and eclipse.project and are shown in the following directory listing: 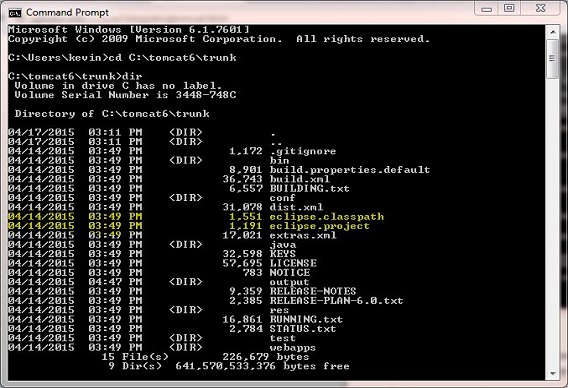 These files need to be renamed to .classpath and .project and the following screenshot shows this being done on my Windows7 system and the updated directory listing:

We need to add a couple of classpath variables to our build path, so from the menu bar at the top of the workbench select Window | Preferences to display the preferences dialog screen. From the left pane go down to Java | Build Path | Classpath Variables and add entries for ANT_HOME which should point to the base directory for your Ant installation and TOMCAT_LIBS_BASE to point to the directory that holds the files downloaded via ant download. I just used the default when I ran the ant download so for me the base path was C:\usr\share\java.

The following screenshot shows the classpath variables (highlighted in yellow) after we have added them: 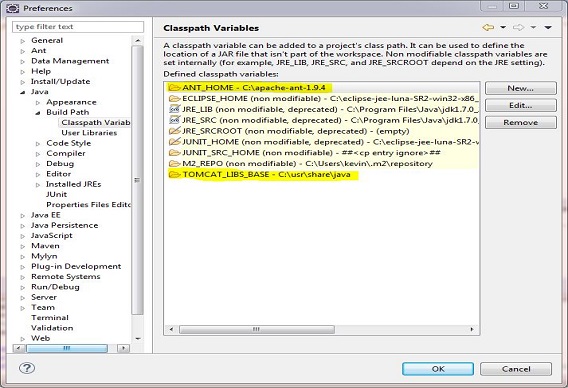 Ok we are now ready to import the project into our Eclipse ID and to do this from the top menu select file | import to open the import dialog box. Open the General tag and select Existing Projects Into Workspace and press the Next button as shown in the following screenshot: 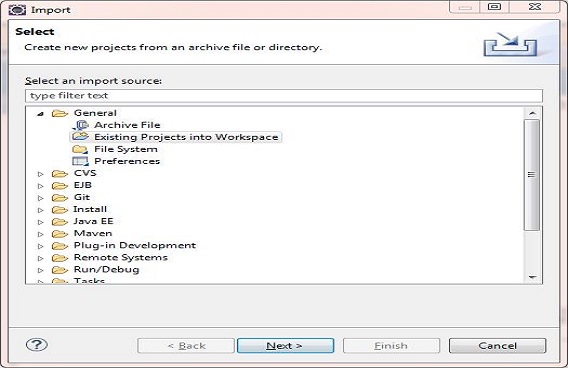 Browse to where your trunk for the Tomcat 6 download is which for me is C:\tomcat6\trunk and you should end up with a screen like the following: 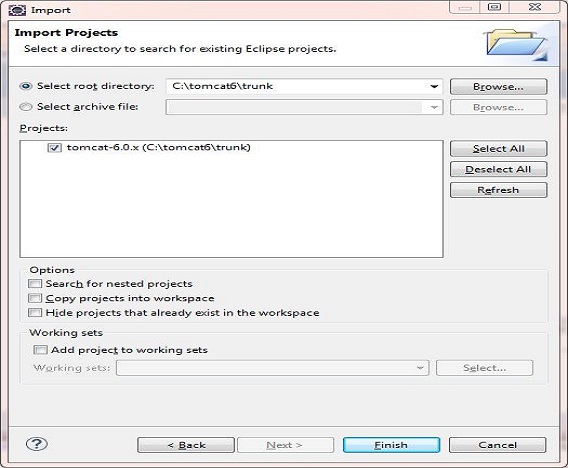 The last thing we need to do is create a run configuration so we can start up our Tomcat Server from within Eclipse. from the top menu select Run | Run Configurations... and drill down to Java Application and create a Bootstrap configuration using org.apache.catalina.startup.Bootstrap as the main class and click the apply and run buttons as shown in the following screenshot:

Hopefully you should see Tomcat starting up in the console pane. Lets verify it worked by going to a web browser and typing in http://localhost:8080/ to verify Tomcat is running as shown in the following screenshot: 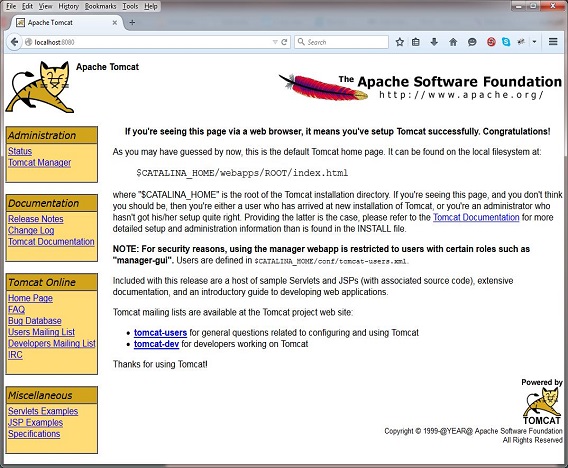 That's it for the Eclipse section of the site and concludes the lessons on the site.

All the Eclipse lessons are listed below. Click a link to go to that lesson.